I belong to a generation, who suffered the consequences of an industry that collapsed in front of our eyes. Textile companies where shutting down one after another, people were left without work and hope. We have just finished school and became the new young fashion designers. And hit rock bottom right at the beginning. There was nothing left for us, but this void of unfulfilled potential. Years went by, slowly I might add. They were dragging in long working hours at jobs that had no sense whatsoever.

Some of us were more persistent than others, creating, sewing, making small fashion shows for our friends. Not giving up on our dreams and grinding through it all. Seasons came and went and small changes begun to show. A couple of local brands developed, some shops with exclusive Slovene designers emerged, some super fast pop-up shops with unique and one-piece-only items, even Fashion week laid down its red carpet in Ljubljana.

“Zavod Big’s Month of Design is an annual festival of know-how and creativity in design. It is an original platform for evaluation, promotion and identification of significant achievements in the field of design in the Southeast Europe and in the world. The national design awards have been granted at the Month of Design since 2003.”

This year, for the first time, the regional awards for fashion were given as well.

“Fashion designers which represent 18 countries of Southeast Europe (SEE) region were carefully curated and are presented in eighteen national pavilions. They are winners in one of three categories for their country, and they represent the best creative forces of their nation.”

As I walked into an exhibition of award-winning products I was overwhelmed with abundance of new, revolutionary ideas. Every piece was extending my mind and filling my heart with hope for a better future. These fashion designers are non-conformists by nature, they dare to explore in the realm of unknown.

This exhibition truly is the manifestation of the statement “creativity has no boundaries.”

A big thank you goes to the Curator Meta Megušar Bizjan and Assistant Curators Maja Filipič and Irena Tozon Mrhar.

Categories for BIG SEE FASHION DESIGN AWARDS are:
– The IT factor of a country: the spirit of a country, the 4Es – Exotic, Eclectic, Eccentric, Emotions.
– Wearable art/Timeless: stunning fashion cut constructions, conceptual clothing, well elaborated colours/patterns/prints.
– Step forward: usage of new modern technologies and materials. Slow fashion – stands for designing, creating, and buying long-lasting garments of high quality /ecological / ethical / sustainable / cruelty free.
– Inspirational – visionary: the Award is granted by Zavod Big to those individuals who enrich and inspire the world of creativity, tend to move forward by pushing the design boundaries, and help to encourage the creative environment in the region of South-Eastern Europe. Their activities represent a significant contribution to the role of design in the region, and due to their efforts the South-East European design has been put on the map of the greatest design achievements. We are all overwhelmed with emotion and deeply touched by these visionary leaders creative work which ignites our passions and steers us in the right direction to bring out the best in us.

Winners best of the best are: 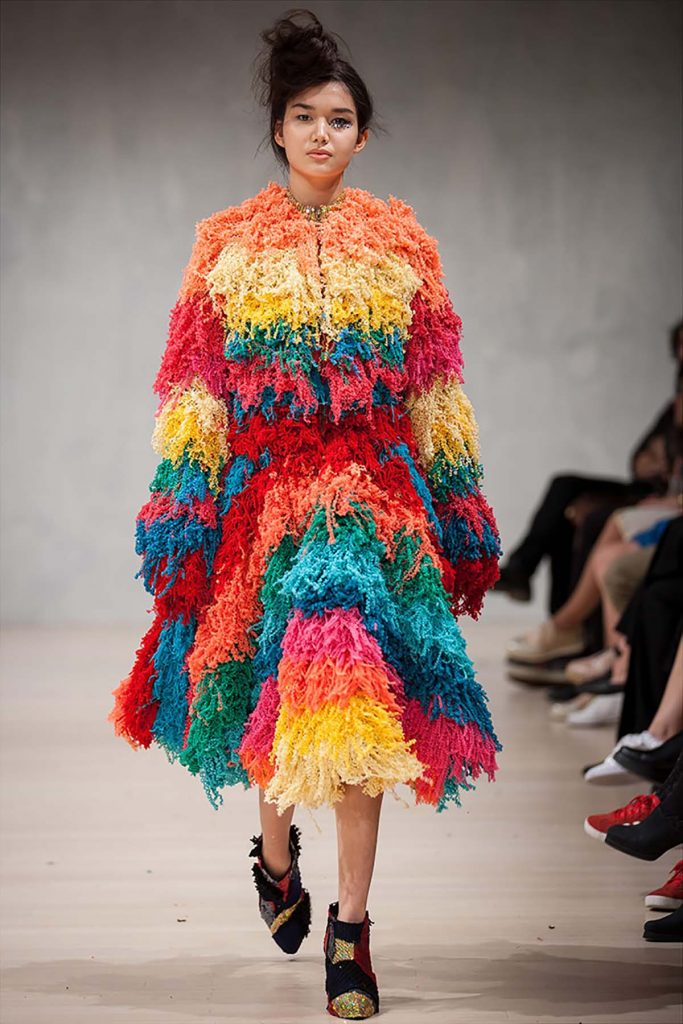 The IT factor of a country: Je Suis Belle / Dalma Dévényi and Tibor Kiss, Hungary.

“Their core intellectual values are based on traditional techniques and on placing folk art into a contemporary frame. Every collection has been developed by using a complex system of references: the pieces always reflect current social and cultural changes.” 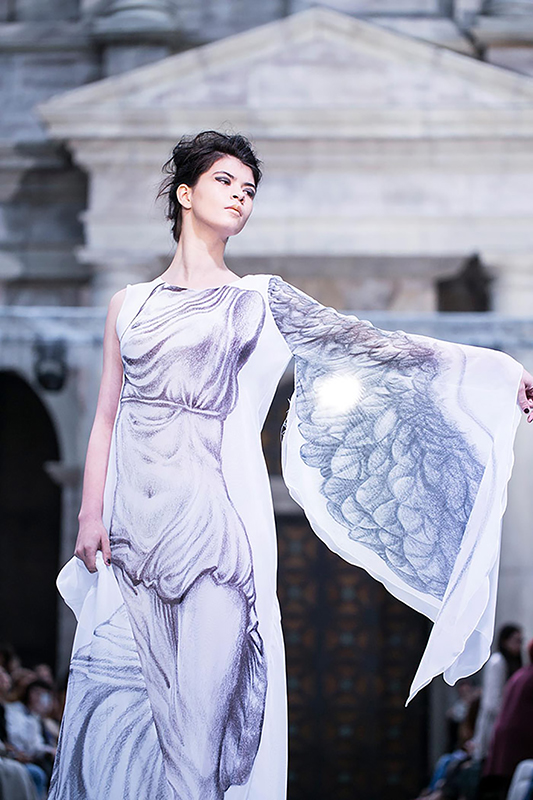 The IT factor of a country: Athena by Tranoulis / Athenas and Anastasios Tranoulis, Greece.

“Inspiration: To protest and to be the fashion voice among other voices around the world, for the return of the stolen Parthenon marbles to its original place. The name of the protest campaign is “TAKE ME HOME”, and it is under the auspices of Hellenic Olympians Association. The movement is strongly supported by artists, athletes, politicians and many celebrities.”

“Approached by Swarovski the fashion designer Lana Dumitru and the architect Vlad Tenu have teamed up to reimagine the tradition for the next space age. They have digitally reconstructed the folk pattern of a traditional Romanian rug and turned it into a new kind of artefact by using over 25.000 Swarovski crystals.” 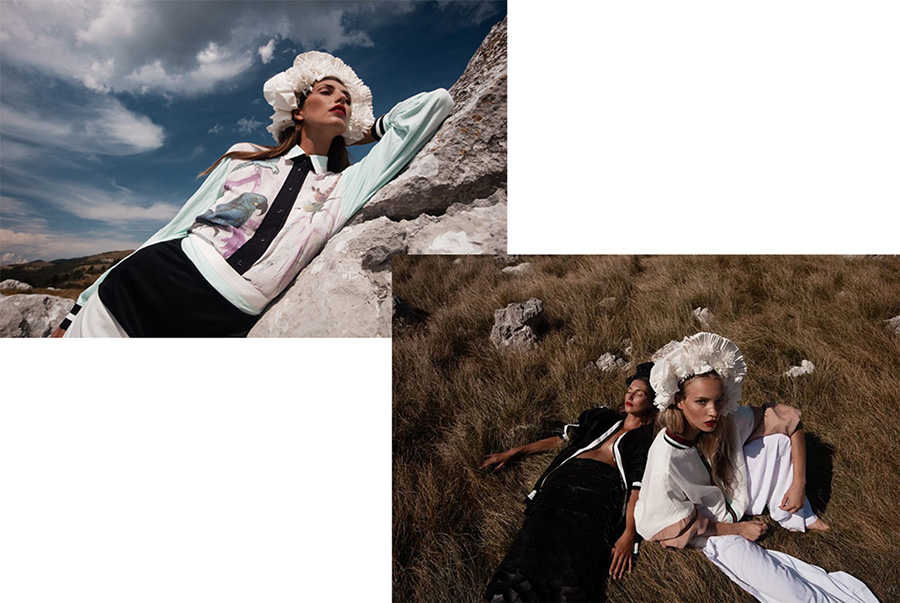 “Inspiration: She creates her designs by respecting the concept of sustainability throughout the creative process, using only organic materials that indicate a healthier, more socially responsible and environment
friendly world with respect to nature and all forms of creation.” 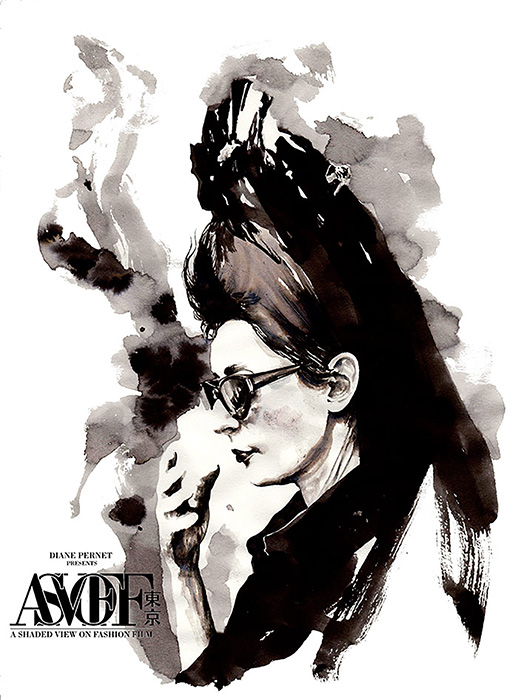 “Is on the list of the 500 most influential people in the world of fashion. Besides having a degree in film directing she is also a fashion journalist (Vogue, Elle, Joyce…), a blogger, a fashion designer, a costume designer and a curator. Her unbiased writing and creative activities have had a considerable impact on many young, successful Southeast European designers.” 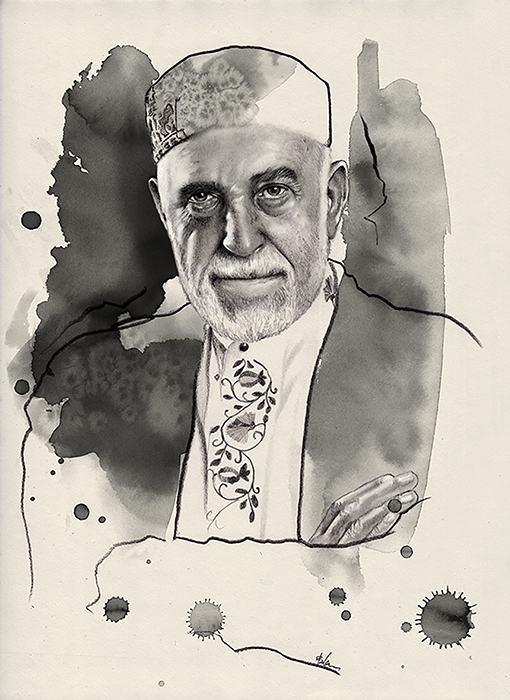 “Izet Curi a superstar couturier, a costume designer and a lecturer with a 37 year career at the Masters Studies Akademie Francais. After his brilliant career in Paris he has established two schools in Kosovo and Skopje: “Design Factory” and “The International Fashion Institute Izet Curi.” 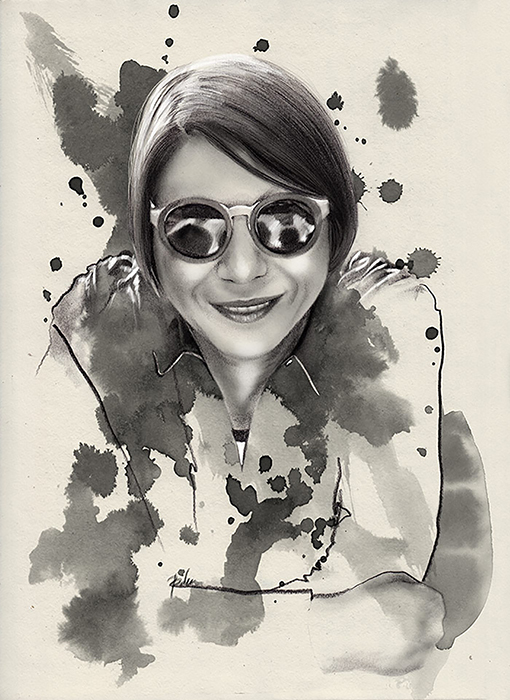 Ljubezen in strast. To je teater.